Elements Of Nature: An afternoon with artist Carol Sinclair 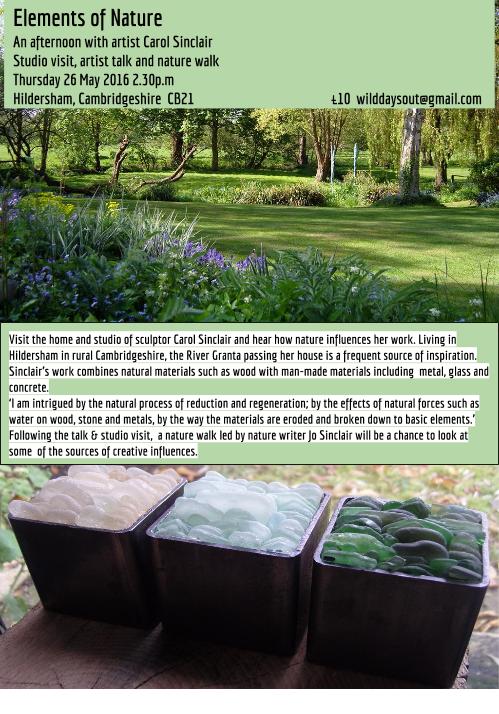 Enjoy a studio visit, artist talk and nature walk at the home and studio of sculptor Carol Sinclair. Hear how nature influences her work. Living in Hildersham in rural Cambridgeshire, the beautiful River Granta passing her house is a frequent source of inspiration. Carol's sculptures fuse natural materials such as wood with man-made materials including metal, glass and concrete.

‘I am intrigued by the natural process of reduction and regeneration; by the effects of natural forces such as water on wood, stone and metals, by the way the materials are eroded and broken down to basic elements.’

Following the talk & studio visit,  a nature walk led by nature writer Jo Sinclair will be a chance to look at some of the sources of creative influences. 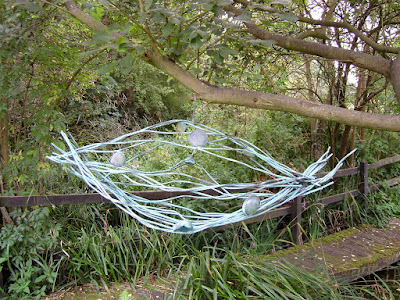 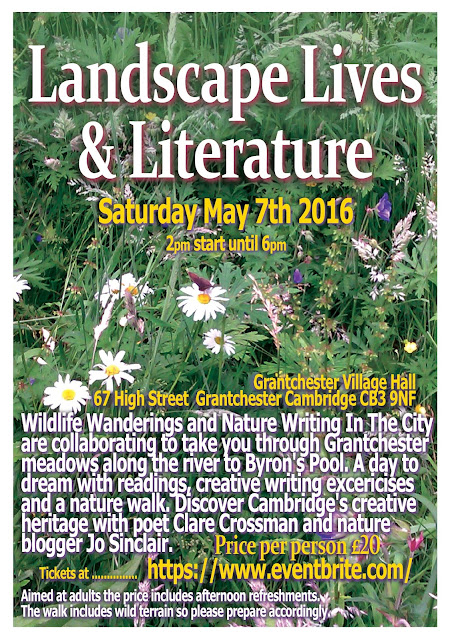 Spring - An Anthology For The Changing Seasons 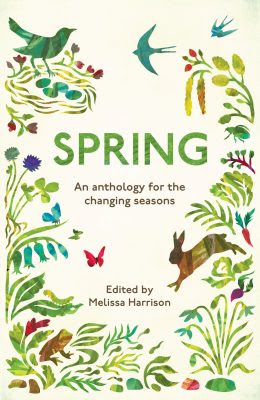 Spring begins this Sunday, 20 March with the vernal equinox. In March and September, on dates variable between the 19th, 20th and 21st the length of daylight and darkness is equal worldwide. Confusingly, 1 March is also considered the first day of spring. The reasons are explained in this BBC Weather video. A movable feast indeed.

This year spring began on 18 February for me with the publication of Spring - An Anthology For The Changing Seasons. The book includes a contribution of prose from me. Published by Elliott & Thompson in association with The Wildlife Trusts, Spring features contemporary writing alongside classic extracts from authors including Gilbert White, Edward Thomas, D.H. Lawrence, Dylan Thomas and Thomas Hardy.

My piece puts the clock back five years to a life-changing experience. My response to my circumstances was very much influenced by my perspective on nature and the sense it gives me of my place in the world.


Greige. I muttered gloomily to myself as I walked into a grey afternoon. But I know the colours are there, even in February - especially in February; they leap out at you if you care to look. I was reminded of this when I visited painter Fred Ingram's sell-out show at the weekend. The man who fell to earth in the flat Fens (he's a self-confessed outsider, or newcomer) fell in love with them. He drives the dead straight roads until a vanishing point or change in the weather stops him in his tracks and he sets up his easel. He's found that the people who belong to these parts, such as the farmers, love his paintings. After all, among the poster print Turners and Constables that hang on living room walls or GP surgeries, the Fens are noticeably absent.

So what's out there? Some of  the flat carrot fields have been sacrificed for big conservation projects. Lakenheath Fen is one such example. The transition from monoculture to mosaic hosts a picture book of fauna and flora, but it doesn't contain them; the cranes and marsh harriers flap over the spots binoculars never notice, and sometimes Fred Ingrams is sitting there. He has added a distant flock of swans here and there, but mostly his landscapes are devoid of detail. The factory drone of farm machinery, or reality of the chemical mist of crop sprayers are absent but the paintings are illuminated with a vivid sense of storm and sunshine. To me, this is a landscape beaten black and blue. It's no pastoral idyll (see Monbiot's colourful rant about the derivation of this word) but its flat fact of industrial production is still beautiful.

In winter fields are scorched with the yellow stain of glyphosate, a herbicide treatment. Last year's green reeds are yellow blonde. Ditches and dykes shine silver among the black peat soil or cerulean blue on a fine day. Ingram's bright abstract brush strokes remind me of our five-a-day (we are urged  to eat a rainbow) - this is where our food comes from. There are carrot and sugar beet mountains out there, bright potato and broad bean blossoms, blocks and swathes of blue-green wheat and fluorescent oil seed rape.

I look at those paintings and I imagine the details too. Alder and willow trees shine purple, orange and grey at this time of year, and scale lichen is blazingly sulphur yellow. But if you were to go to the RSPB's Ouse Washes  you would find a landscape devoid of trees. Conservation management here engineers an avian monoculture. A zero tolerance policy is applied - trees get the chop as they harbour wild animals that predate favoured species of bird. Crows and mink are denied their lookouts and dens.

One of the local 'old ways' I've travelled since childhood is the chalky Roman road known variously as Wool Street, Worsted Street and Via Devana. Trodden by legions, drovers, turkeys and sheep, it is now a lycra highway transporting scientists and software developers direct to Cambridge's research hubs. The route is part of the chalk ridge that runs from the Chilterns and links up with the Icknield Way. Seventy-four feet above sea level, out of reach of the marshy Granta valley (now a series of science park settlements), the Roman Road deposits its cyclist commuters on Shelford Road, just east of the Beechwoods nature reserve. From here the woodland looks towards Addenbrooke's hospital which is guarded by a troop of cranes that dot our landscape with bright red beacons. Medical progress advances across the landscape like lava. Looking at a map I notice that the Park & Ride echoes the ring of the Iron Age hill-fort at Wandlebury nearby. 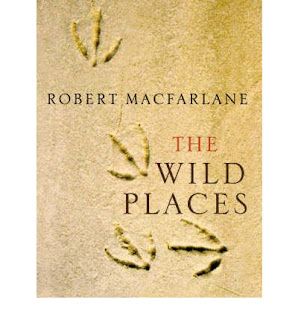 The beechwood is the  place adopted by Cambridge author Robert Macfarlane as his personal 'wild' place, 'filled with a wildness I had not previously perceived or understood.' ( The Wild Places, Robert Macfarlane, published by Granta) In his book Macfarlane describes visiting as a gale advances one autumn. The kalaedoscope of light and colour as he enters the wood makes such an impression he backs out again just for the pleasure and fascination of re-entering. Today as I write on an overcast day at the tail end of January, Storm Jonas has reached Britain and is blowing mildly in the aftermath of record-breaking snowstorms on the eastern coast of the USA. As a metal gate on my walk sings its tunes in the wind, the beechwood is not the place I feel drawn to. For I have my own repertoire of special places whose topography, history, biology, modern being and personal memory I can call upon.

Anyone who chooses to acquaint themselves with the footpaths and green corridors where they live will soon find the waymarkers most important to them. Here are Macfarlane's:

'The waymarkers of my walks were not only dolmens, tumuli and long barrows, but also last year's ash-leaf frails (brittle in the hand), last night's fox scat (rank in the nose), this minute's bird call (sharp in the ear), the pylon's lyric crackle and the crop-sprayer's hiss.' 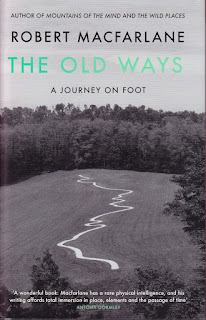 Here's a BBC Radio 4 episode of Clare Balding's Ramblings, stepping from Macfarlane's home into the green lanes nearby on the edge of Cambridge and heading out to his favourite trees. I love the spring birdsong in this broadcast: greenfinch, robin, woodpigeon in the beechwood and later great tit, chiffchaff and blackcap on the Roman road. But no notes from the garden warbler I photographed in the beech canopy there last year.